Opinions: Adjusting to the “New Normal” 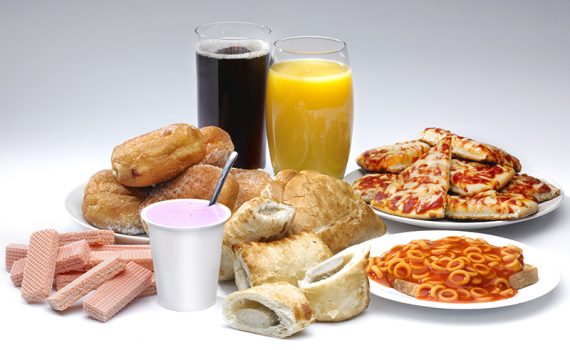 These changes may affect the way we communicate, work and interact. Some already say that it will be a revolution. What kinds of social emotions are generated at this time?

We interviewed Alejandro Sanz Láriz, professor of the Communication area of ​​the European University of the Atlantic, to comment on this “new normal”.

Could you define what you refer to as the “new normal”?

The “new normal” is the term that the Spanish government has chosen to define what the situation will be that citizens will find once the four phases of de-escalation planned during confinement are completed, due to the global pandemic.

Curiously, this terminology was used for the first time in 2009, in an article by the American activist Paul Glover to refer to the development of communities, but it was popularized some time later by the Egyptian economist Mohamed El Erian, in a conference entitled “Navigating the new normal for industrialized countries. ”

The feeling of control by the State over social life seems to offer an alternative to the feeling of lack of control generated by the pandemic. How do the control and insecurity of this new normal affect our emotional states?

Surely a good part of the “old normal” was related to a false sense of control over our lives. Perhaps many of us could come to think that we had a tight control of our way of life, but the arrival of a microscopic organism has been enough to make us see that our control is very relative, that we are hardly anecdotal accidents on the planet’s soil.

But if we talk about the contrast between social control and the lack of control of the pandemic, it is true that people have been able to perceive an uncomfortable feeling of insecurity. I think that, to a large extent, it has been due to the numerous communication errors that some spokespersons have made, but also to the fear of the unknown that the pandemic has generated.

In communities that are already in the most advanced stages of lack of refinement, this feeling is already experienced in a fairly attenuated way. It is not the same to be locked up at home and go out to buy basic food in almost dramatic conditions, than to walk now through those same streets or even along the beaches and parks with hardly any restrictions.

For this reason, our emotional states have been, at times, a true roller coaster that, throughout the same day, went from terror to euphoria. So it is necessary to control ourselves and act with all our reserves of serenity because after the health wave, the economic wave is already arriving and it will have to be faced with large doses of sacrifice.

World leaders affirm that the moment is opportune to rethink the way we live, changing personal interests for social and ecological ones. Do you think that the situation could lead to the intensification of social networks (support, scientific, professional)?

It sounds great as a statement of intent, but we humans live in the moment and have a hard time looking to the long-term future. That famous saying that states that “we remember Santa Barbara when it thunders” is the plain truth, these days almost all of us have agreed on the importance of investing in research and health. And it’s the truth, but research is a long-distance race, not a sprint. It generates long-term results and does not understand emergencies. We cannot corner research in budgets and now all of a sudden dedicate a mountain of money to produce a vaccine tomorrow. Things don’t work that way.

And in terms of ecology, it has been wonderful to see the canals of Venice clean or the dolphins swimming along the docks of Cagliari. But the impact has been generated on people individually and I am not sure, however, that we are willing to react as a society. In reality, much of the deal is based on gaining or losing comfort in exchange for these kinds of things. The pandemic has taught us the pernicious effect that the human species has on nature, but are we willing not to use transportation? The car? Not even to go to work? Do we stop using the plane? We have seen videos of deer in the streets of Valladolid or even of a puma in a neighborhood of Santiago in Chile and it has been very instructive, but taking care of them requires a collective action that I do not think we will take as a society.

With regard to professional networks, the idea is tempting and there we could see more encouraging results. Collaboration between experts and above all, collaboration between people can help us face collective problems of the magnitude we are experiencing and could inspire us to start thinking and acting more as a group, rather than as scattered individuals that move according to of personal interests.

Time management is also a constant during confinement. Will we change the way we manage tasks in an environment as unpredictable as the current one?

We are sure to draw very interesting conclusions from this pandemic. Teleworking, coexistence, collaboration, organization of tasks … all of this has been imposed on us by the situation but they were aspects on which perhaps we did not stop to reflect with sufficient rigor. The lessons that these two months locked up have taught us can be very useful if we know how to discern with criteria the negative and the positive because, in reality, there has been everything.

Lawyers say that during this period, divorce claims have increased to unknown numbers. Well, maybe we were not used to living together as a couple for so many hours and for so many days in a row. And it is undeniable that now we have to look at human relationships from another perspective.

I also find the notion of unpredictability introduced by the pandemic suggestive. At least he has put it before our eyes; If there is one thing that is certain in life, it is continuous change, and yet many times we refuse to accept it. Sometimes we are even willing to continue surviving in intolerable conditions just because we are unable to take the impulse to change. Well, the pandemic has made it very clear to us that the world is unpredictable, whether we like it or not. What is black today is white tomorrow and what we believed was guaranteed and immovable … no longer exists. The beauty of life is that the sooner we learn to become familiar with change, the sooner we develop our true potential.

In short, normality is something we are used to. However, the “new normal” is not normal, since it will demand new rules and actions of which we were not used. Will we adapt?

Charles Darwin used to say that the species that survive are not the strongest or the most intelligent, but those that best adapt to change. I have no doubt that our lives are going to change, in fact they have already changed. The use of masks seemed almost an oriental eccentricity to us and now, however, it is already part of our daily etiquette. Something as simple as shaking hands with a friend has changed or even having a coffee in a bar now has different rules. It does not matter, we will change our way of life and adapt without too many problems and those who do not will suffer the consequences. It is true that humans are beings of habit, but we have an enormous capacity to blend in with the environment. There will be new rules, yes, many will be uncomfortable, but we will move forward and perhaps, after a while, we will rejoice in many of those changes.

The funny thing is to observe the way in which the children have adapted to the situation, even if it has been very complex for them. But the truth is that they have had an extraordinary behavior and when they are the ones who take the reins of this society, they will have, at least, the valuable experience of having lived through a global pandemic.