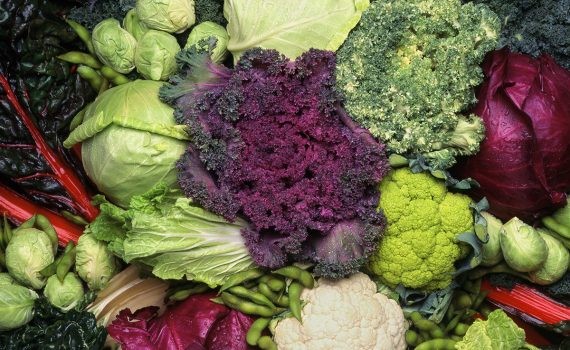 By Miranda Beli 0 Comments
A study with elderly women has associated the consumption of crucifers, that is, vegetables such as cauliflower, broccoli, turnip, cabbage, arugula , radish, among several other vegetables, with a lower incidence of problems with the heart vessels.
The results have shown, in a concrete way, that among women who consumed more than 45 grams of these vegetables per day, they were 46% less likely to suffer calcium accumulation in the aorta, compared to those who ate little or none of this vegetable every day.The study, carried out by a team of researchers from Edith Cowan University in Australia, used data from 684 women in the country, with information collected in 1998.

Dr. Lauren Blekkenhorst, one of the members of the research team, said that in previous studies they had already detected this influence of the diet of these vegetables to reduce the risk of cardiovascular diseases.

“Our findings in this new study provide information on possible associated mechanisms.” The answer would probably be in vitamin K, since these vegetables contain a lot of this nutrient. Researchers are now wondering if this vitamin could play a role in preventing calcification of blood vessels.

Crucifers, when present daily in diets, have also been associated with lower risks of developing some types of cancer, such as prostate cancer and colon cancer. According to a study carried out in 1996, and published in the Journal of the American Dietetic Association , the association between the consumption of cruciferous vegetables and protection against cancer was found in 70% of the studies analyzed.

Studies show evidence of the benefits of olive oil

Weight and lung health in children